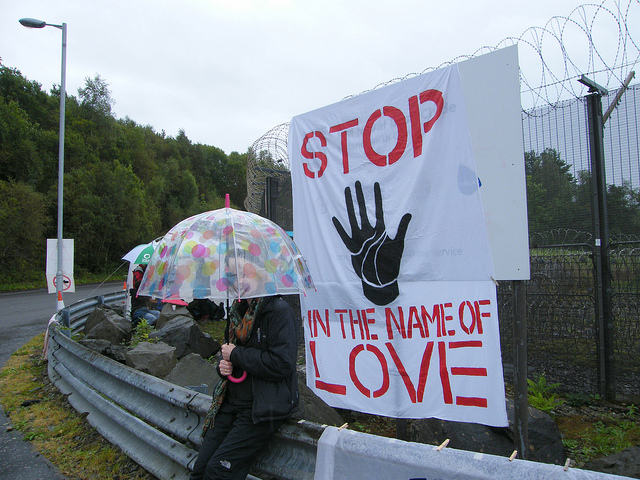 “All through history, and for many of us in our own experience, there are deeds done, causes furthered, and values proclaimed, that must be regarded as destructive, motivated by hate or greed, harmful to humanity on whatever scale, local or world-wide. These things may all be ‘good’ in the eyes of those who do them, but what of us? What do we really see, or think, or say and do? Are we justified in doing anything to stop harm being done? Are we even justified in speaking about it?” (from a reader, in response to an earlier post)

It happens regularly: I speak of love, understanding, compassion, and working to transcend separation, and in response, people raise the question of what to do in the face of harm done. As if accountability must be punitive, shaming, or harsh, while love would mean not confronting people about their actions.

For me, the path into the freedom and transformation I seek includes going beyond any divide between love and accountability, acceptance and action, nonviolence and the strength to speak up and work for change. It’s all about how we do accountability; what kind of action we take and with what motivation; and what our movements for change will look like.

This is where my many years of practice with Nonviolent Communication, deeply informed by my engagement with the legacy of Gandhian nonviolence, has supported me so much in seeing freshly.

Holding ourselves and everyone else accountable generally tends to connote negative consequences for actions that are harmful or inconsistent with the expectations of service that are associated with a role. Usually this amounts to criminal charges in extreme cases, and, generally, in punitive measures such as shaming, loss of belonging, or loss of access to resources such as work or benefits.

Instead, the commitment to love and to the uncompromising faith in everyone’s humanity mean focusing on learning, repair, and the future that we share with the very person whose actions may have created the harm. After years of practice, I no longer forget that no matter what someone does, says, or thinks, they are exactly human like myself, and their actions, words, and thoughts are an expression of human needs that are the very same needs that I and everyone else have. If someone’s actions have a harmful effect, however small or large, instead of castigating the person, we can aim to understand the needs and circumstances that resulted in the action. Even if we end up believing that the action points to a severe risk of continuing or repeated harm, such that we might choose to protect ourselves by restricting a person’s freedom, it’s still entirely possible to do so with the intention of supporting transformation rather than as punishment.

Acceptance, for many of us, tends to connote inaction. If we accept the world as it is, the argument goes, why would we ever do anything? It took me years to be able to grasp the concept of “engaged Buddhism” precisely because of this paradox.

Eventually, I came to see that action without acceptance is more likely to be reactive, angry, and without clarity of purpose. Acceptance, for me, is not about liking what is happening. Rather, it’s about overcoming the illusion that by insisting on how bad something is it will magically stop being. It’s about recognizing the reality of what is, and settling into the wrenching truth of what is precisely when we don’t like it, when it’s full of suffering and harm. On the small scale at which I operate, I can see that whenever I do that, I have significantly more creativity and choice in what I will do, with whom, and how, in response to the harm that I see. I have more faith in actions that arise from a context of inner peace and acceptance than in actions that are fueled by fear and anger, the hallmarks of non-acceptance.

Speaking up with vision

Over the years, I have come to distill nonviolence into three core pillars: courage, truth, and love. No two of those are nonviolence without the third. For this reason, I like to string them together, thinking of nonviolence as, in essence, the courage to speak truth with love. We can have the courage to speak truth, and still, in the absence of love, we can easily revert to blaming, shaming, and harming. Speaking up with love means caring for the well-being of those who are harming. It means knowing that we need to transform the conditions that recreate hatred in the world; that we need to have a compelling, sweeping vision of how things could be in order to catapult others to join our efforts.

The more we are able to speak from a place of vision, and the more we can convey to whoever we are calling to task that we are aiming to include them in the movement towards the vision, the more aligned we are with the deep intentions of nonviolence. We may not find easy or gentle ways of acting given the intensity of the harm we are trying to stop. With nonviolence as our foundation, our aim is always to minimize any use of force in our actions. In The Fifth Sacred Thing, a novel by Starhawk about a future confrontation between violent forces and a small community of those committed to a vision of nonviolence, the nonviolent activists continually invite the soldiers to join, reminding them that there is always room at their table. More willing to absorb rather than inflict, nonviolence works in mysterious ways, and succeeds more often than action taken in anger or retaliation.[1]

Since the comment I quoted earlier, which appears back in September, the level of urgency and alarm in this country has only risen in the wake of the recent election. How, indeed, are we to respond? In the face of the mounting hatred and frightening disregard for nature, for people of so many groups, and for our collective future, where on earth will we find the clarity necessary for wise action? What, indeed, are we to do?

More often than not, those of us asking to hold those in power accountable, or working for significant social transformation, are small in number and limited in our access to resources. Still, such action often works in mysterious ways.

Walter Wink, in The Powers That Be, recounts the story of a woman who wakes up in the middle of the night with a man in her room, clearly about to assault her. As someone trained in nonviolence, the woman was able to follow her own thoughts and landed on the realization that her safety and the safety of the man that was in front of her were intertwined. That thought – transcending separation, recognizing unity, and aiming for restoring humanity – led her to the most counter-intuitive response: she asked him what time it was. She continued to engage him until he was no longer able to see her as an object; until both of them were united in their recognition of their shared humanity. From there, with care and ingenuity, and while preserving his dignity, she navigated them to safety, as part of which he ended up spending the night in her house, in another room. 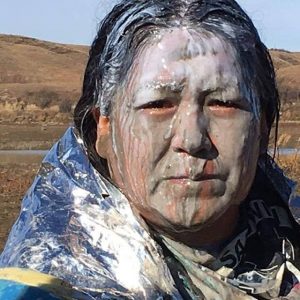 On a larger scale, the US Army Corps of Engineers stopped the construction of the Dakota Access Pipe Line just a day before its threatened forced evacuation of the camps at Standing Rock. Until that moment, any forward movement looked grim and rather hopeless. Still, it succeeded. Michael Nagler, founder of the Metta Center for Nonviolence, speaks of the spiritual force of nonviolence. Charles Eisenstein invokes the non-linear, miraculous nature of actions that come from love, faith, and vision. If nothing else, as Erica Chenoweth showed, it is extremely difficult for soldiers and police, being human despite all, to continue to repress nonviolent activists who are not resisting.

Still, it is vitally important for me to cultivate and sustain the humility of knowing that, no matter how much effort, love, and wisdom we may bring to anything we do in our work for transformation, we may not succeed in bringing about the results we want. No amount of concerted effort over decades was successful at preventing the rightward movement in this country I live in that eventually resulted in Donald Trump soon stepping into becoming the president of the US. What we have going for us is not certainty. It is a moral authority that emerges from the integrity of being aligned, now, with the vision we want to create. We hold people accountable, we take action, and we speak truth all in a manner fully aligned with our values and vision. I conclude with words from an earlier article in Tikkun magazine, “Wanting Fully without Attachment:”

“We work toward our dreams, we embrace the vision and our needs in full, and we remain open in the face of what is happening. In doing so, whether or not we have external success (and so far as I know, none of us knows how to move the world from here to where we want it to be), our work itself becomes a modeling of what the world could be.”

[1] See the work of Erica Chenoweth and Maria Stephan in documenting the relative effectiveness of nonviolent movements.

Image Credits: Top: “Stop in the name of love”, by Chris Booth, Flickr, CC BY-SA 2.0. Middle: “National Climate March”, by Akuppa John Wigham, Flickr (CC BY 2.0). Bottom: “Peaceful Women standing in the cold water sacrificing themselves to protect the water despite the insane spraying of pepper spray by the police on the north edge of camp on November 2, 2016.” Photo: Kelly Daniels – www.facebook.com/kelly.daniels.5059 while at Standing Rock, North Dakota. Posted on Flickr By A. Golden, (CC BY-SA 2.0)

2 thoughts on “Accountability, Love, Shame, and Working for Transformation”

In a separated world, I can attend to my needs or to your needs, not to both. In a chosen interdependent world, I can embrace both.

Read more
More about The Little Book of Courageous Living