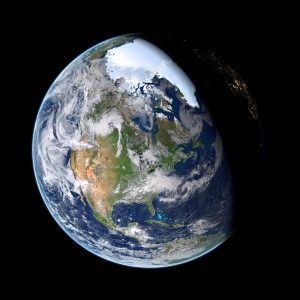 us were born this year alone. These numbers are staggering beyond my imagination, and yet our fates are deeply intertwined. So much so that to keep ourselves and each other as safe as possible, we are asked to stay apart from one another as something entirely invisible – a tiny virus – circles the planet much faster than the ability of most of us to grasp the meaning of what is happening, and as numbers of people infected and dying rise exponentially.

This piece and subsequent ones are not about the science of viruses, nor about what is needed to address the pandemic per se. These are not my areas of expertise, and enough information of many kinds is already out there. It ranges from Tomas Pueyo’s articles on Medium, which I find so far to be accessible, clear, and oddly uplifting, especially when he shows, in “The Hammer and the Dance,” how at any point in any particular region, things can be done to change its course. Many questions also arise that leave me troubled, such as why a lockdown instead of testing, which was used by Singapore to essentially bring the pandemic to a halt, as documented here. These questions, too, I am leaving aside.

Instead, I focus on what is within the scope of my work: making human and social sense of where we are, looking at how this particular crisis fits within the larger set of overwhelming crises we are already facing, detecting what might be opportunities for transformation, and proposing some ideas about how to respond, individually and collectively. This is a lot, and so I plan to write several pieces. In this one, I give context for my perspective that this crisis is an immense opportunity while also being a dire catastrophe in the making, and an overview of what comes in the following segments.

One of the less known stories of the events of September 11, 2001, is the rescue of hundreds of thousands of New Yorkers via boats in a matter of hours. It happened organically, spontaneously, as any boat that was in the water responded to the call to get people from the tip of the island. No command and control. Not even much coordination. Simply people mobilizing to care for others they didn’t even know. The numbers and speed of evacuation exceeded anything ever done before, faster than Dunkirk in WWII.

When 95 percent of the town of Greensburg in Kansas was leveled by a tornado in 2007, those who chose to stay and rebuild the town ended up with a new town design that would be the envy of environmentalists anywhere. This outcome would be surprising anywhere, but it is even more so in a town that is situated in a deeply conservative state.

This type of phenomenon, documented in particular by Rebecca Solnit in A Paradise Built in Hell, is well known and intuitively understood. It explains, also, why three times as many people as was expected responded to the UK National Health Service request for volunteers: a total of about 750,000 within days. Still, the question remains: What is it that in times of crisis allows so many people to tap into care, generosity, and even sacrifice? The companion question is even more significant for me: Why is it that such behavior is not the norm? Why is it that the architecture company that rebuilt Greensburg, in full collaboration with its residents, is unsure that this feat could be reproduced without a natural disaster?

‘A seed of opportunity’

As with many complex questions, many factors likely contribute to this phenomenon. One that I like to focus on, because in it I see a seed of opportunity, is that during times of crisis, scripts don’t work and habits are challenged. At such times we are pushed to respond freshly in the moment, from deeper layers of ourselves than those conditioned by the social order. Jolted out of autopilot, the future becomes even less known. Suddenly, deeper patterns become visible, taboo topics open up, and actions that might have seemed impossible are now commonplace. There is a very real possibility that at least in some parts of the globe, the immediate response to the current conditions will reflect a move toward honoring life, interdependence, and needs, even as the risk of increased totalitarianism is present. This change is what the crisis makes immediately possible, because, as David Korten says in Why Coronavirus Is Humanity’s Wake-Up Call, “The challenges are monumental and are likely to be addressed only as we begin to understand that business as usual is simply not an option.”

In addition, it seems vitally important to me that we focus on how to “anchor the now increased need for togetherness and cooperation into a compelling new normal that has the robustness to withstand a backlash into capitalist norms when this first Corona wave passes,” in the words of my friend Emma Quayle.

Whether we support current measures taken in most of the world or have completely different perspectives on what makes sense to do, one thing is utterly clear to me: The pause in business as usual, and the reality of a pandemic that is simultaneously affecting everyone in a world hyper-focused on information and technological connectedness, are creating a crack through which we can see something. This is true even as many suffer immensely, including and not limited to: the ones hit by the disease directly; those who care for them; the workers exposed and overworked, whether medical staff, food workers, and the many whose jobs are finally recognized as essential; the workers who cannot work from home and whose work isn’t deemed essential, who are in an unprecedented unemployment crisis; the people of the global-majority world, many of whom will not have access to medical care when the pandemic hits them.

My reaction – once I grasped the immensity of the situation we are facing – was quite intense. It wasn’t fear, nor personal anxiety (though I am 64 and thus at more risk than many), because I am not afraid of dying. Instead, my main and immediate quest was to reassess purpose. What has been most important is to know what is mine to do and then do it. This piece and the ones that come next are a core part of my answer to this deep question: Part of what I am called to do, always and ever more so now, is to speak of the significance of what happens, and to offer a picture of what I see as possible; what a future aligned with our evolutionary makeup can be, and what we can do, individually and collectively, to increase the chances of getting there.

In broad strokes, here’s what I see as the potential of the Covid-19 pandemic. To me, both the pandemic itself and the responses to it make visible what was hidden in a variety of areas. The pause, in particular, is something that, as far as I can tell, has not happened since at least the rise of capitalism, even before the industrial revolution. It creates an unknowability of the future, despite the intense pressure and desire of so many to go back to normal, as if that normal were ever workable. None of the past scripts and ways of understanding things, by themselves, have any way of predicting what will come. Because of this inherent humility, each of the elements being exposed lends itself to a transformative potential, though some also include potential catastrophic futures. In these pieces, I focus on the potential for transcending the past, consciously leaving to others the detailing of what horrors might await us. What I offer here is entirely based on my own intuition and perception. Nothing more.

Overall, I see this crisis as the first opportunity in at least centuries, if not millennia, to change course, precisely because the entire machinery that keeps it all going is ground to a halt, on a global scale. This pandemic is inviting us to abandon the disastrous path of scarcity, separation, and powerlessness focused on controlling life and death.  We have an unprecedented opportunity to reconnect with life as we celebrate its messy preciousness and surrender in full to death as part of life. We can find, again, flow, togetherness, and choice as we accept our interconnectedness with each other and with all that lives. Just as the anonymous biblical author reminds us: We have been given the choice between life and death, and we can choose life. 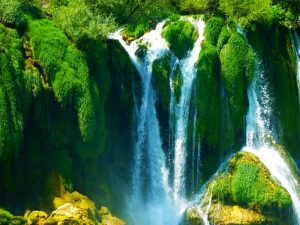 You can find more on the “Apart and Together” series (including articles and videos) on the main page.

The first time you comment on the site it will alert us to approve you manually. After that, your comments will be approved automatically, unless you include a link, which will require manual approval. We hope you will comment freely!

3 thoughts on “Apart and Together: Responding to Opportunity in Extreme Times”

Human souls are irresistible. When we truly see another human soul, we can’t help but fall in love.