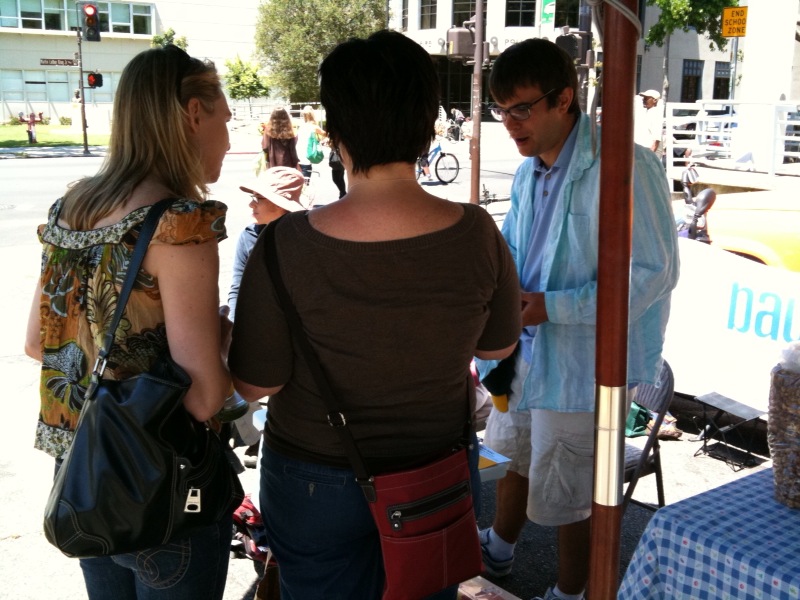 In a few days, possibly as early as tomorrow, a controversial trial will come to an end, and the verdict of Johannes Mehserle, the police officer who killed Oscar Grant in Oakland last January, will be released. This is a tense moment in Oakland. What will happen if he is acquitted? What will happen if is found guilty? Whatever the verdict is, some people will be unhappy. Some people will interpret whichever result as unjust. What can be done at that time?

One thing that some of us are imagining is having a nonviolent presence with the goal of increasing the chance that people will be heard and treated with care and respect no matter what their position is, or how they express it.

The Bay Area Nonviolent Communication Empathy Team is working in partnership with others to participate in efforts to organize such a nonviolent response in the streets of Oakland. They are planning, in particular, to come to downtown Oakland and support whatever happens, and whoever is there, with the simple and radical gift of empathic presence, which, as French mystic-philosopher Simone Weil said, “is a very rare and difficult thing; it is almost a miracle; it is a miracle. Nearly all those who think they have the capacity do not possess it.”

The Empathy Team, just celebrating its first anniversary, already has experience offering empathic presence in the midst of intensity and polarized opinions, and is planning on increasing its capacity to be a source of love and empathic presence in our communities in times of difficulty such as the impending release of the verdict. I am so amazed and touched that this group of individuals has taken to heart the idea of seeing everyone’s humanity, no matter their positions or actions, and are now putting it into action.

In May the Empathy Team deployed at the “Israel in the Gardens” event in downtown San Francisco, which takes place around the time of Israeli Independence Day, and tends to draw many attendees and protestors on all sides of the charged issues surrounding Israel and Palestine. This year was particularly tense, as it came right on the heels of the Gaza flotilla incident. Protestors were carrying signs such as “Settlements steal Palestinian land,” and, “No more US tax dollars to support occupation.” Counter-protesters were waving Israeli flags, some shouting insults and slogans. The event was heavily guarded by private security. Judith Katz, one of the co-founders of the Team, wrote that:

By the time we finished, we had talked to over 90 people from all sides of the debate over the course of 3 hours. We heard from members of the Communist Party, Women in Black, and Stand With Us (a pro-Israeli group), as well as Israeli citizens and police officers. Listening to impassioned stories and reflecting back observations, feelings and needs helped contribute to a sense of calm in some cases. People thanked us for listening, some with the resentful caveat that, ‘those on the other side never will.’

The Empathy Team is planning to offer similar support after the Mehserle verdict is announced. In preparation for this activity, I am offering a training this evening, 7-8:30pm, in Berkeley, to support individuals in choosing a nonviolent stance and in getting more grounding in how to offer empathic presence in the face of intensity, conflict, and their own reactions to what they hear. If you are local to the Bay Area and are moved to participate in this activity, I am hoping to see you there.

In a couple of weeks the BayNVC Empathy Team is holding a Gulf of Mexico Empathy Circle, as well as an open house about the group and its activities. Link to event on Facebook. I am excited to imagine this approach growing in its visibility and capacity and offering an alternative model of responding to challenging news, conflicts in the community, and events in the world.