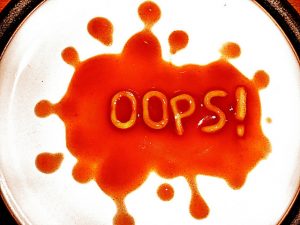 Last Saturday, while leading the first day of the Leveraging Your Influence yearlong program, I responded unskillfully to a participant I will call James. What happened points directly to the way that the experience of privilege or lack thereof shapes our lives. How we handled it, and what I have learned in the process give me some hope. In particular, I got an important new clue about why conversations across lines of privilege so easily break down and what we can do about that.

Here’s the dialogue, just about verbatim. It happened as we were breaking into dyads, shortly after someone brought to my attention that a female participant had been sitting quietly in the back, behind me, having arrived later than others.

James: Are you going to invite that girl to join the pairs?

Miki: She is a woman, not a girl. I am pretty sure she is older than thirteen or fourteen.

Miki: She doesn’t have to be beautiful, just a woman.

Before continuing with the story of what happened, I hope you can see why I call my response “unskillful”. What I am giving my life to is nonviolence, which I often quickly capture as the courage to speak truth with love. While I certainly spoke about what was of concern to me (more about that later), I would be hard pressed to categorize my speech under “love”. I have been a truth-speaker as far back as I can remember; adding love to my speech took years. I now know that it takes more, not less, courage to speak truth with love than to speak truth in any form. Speaking truth with love requires us to remove protection, to open our hearts to someone whose actions we have an issue with. That is what takes the extra courage, over and above the immense courage needed to speak truth at all. We all know how much easier it is not to speak at all.

As we were setting up the pairs, James let me know that he was too distracted by what had happened, and couldn’t bring his presence to a dyad. My co-leader Aya and I then stepped aside with him while the rest of the group was doing the dyad activity as planned.

James then proceeded to tell me all the ways in which my response to him really didn’t work, and, in particular, expressed his concern that it would diminish my leadership in the eyes of others in the group. He wanted me to speak of this in the whole group, something I had complete ease in accepting. As soon as he called my attention to what had happened, I knew right away that I had responded in ways that were not aligned with my values, and I was grateful for the opportunity to demonstrate a relaxed willingness on the part of a leader – in this case, me – to take responsibility for acting with less than full integrity. Any moment in which I can contribute to dismantling the expectation of perfection is an opportunity for me. 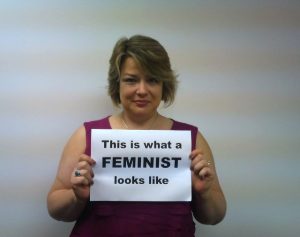 Then I asked James if he wanted to hear what was going on for me that led to acting without full choice. When I began to let James know that I lost my sense of choice because of being so surprised that after decades of women speaking about the topic of “girl” vs. “woman” I was still encountering it. At this point, James became upset again. Our time to talk outside the group was winding down, because the dyad activity was coming to an end. I concluded our time by noting that the original issue in the name of which I spoke unskillfully was not on the table, and that I wanted it to be.

The next chapter was public. Honoring James’ request, I shared with the group all the details of what had happened, not yet including the very last thing I said. I acknowledged having spoken unskillfully, and asked to see how many people had indeed experienced, like James, some diminishment of trust in my leadership. A few hands were raised. I was pleased that people felt free to express it. I treasure this kind of feedback, which I rarely see exchanged. As we engaged with what happened, I fully took responsibility for my actions that were not aligned with how I want to be. At the same time, I know that, in my body and language, I was also modeling full acceptance of myself, of James, and of others in the group. This, to me, is a key element in what I like to call “transparent recovery”, an indispensable leadership capacity if we want to model living in the world beyond right and wrong notions. I could sense that the group was settling, having had a chunk of learning and appreciation for the vulnerability and openness of all that had happened.

A Painful Dynamic of Privilege 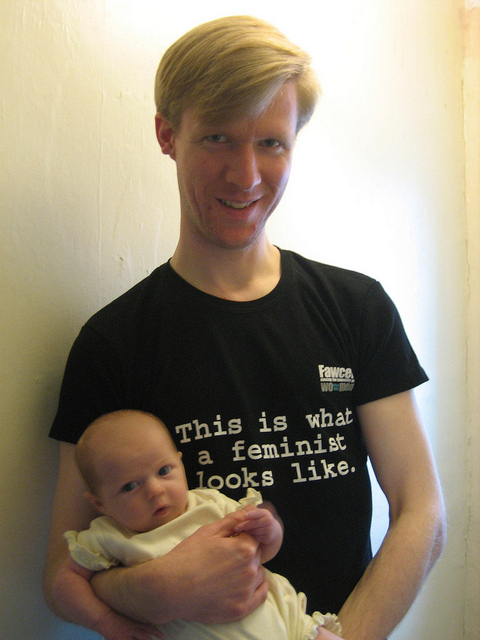 I was not done, however. Even after all the discussion in the group, the original issue (girl vs. woman) was still not attended to.

So I brought it to the group and asked again for a show of hands, this time about how many people noticed and were uncomfortable about the statements that James had made to which I responded. Many more hands by far went up than previously.

This was a live example of a common dynamic that is very familiar to people without privilege. The three step “dance”, if I can call it that, was perfectly demonstrated by what had happened.

Step 1: a person with privilege (such as white, male, higher class, or some combination of the above) says or does something that is challenging for people without that privilege to hear, and, likely without any awareness of the effect of their words or actions.

Step 2: a person affected by the words or actions speaks up about it.

Step 3: the person with privilege is upset, and the attention of the group goes to that person.

In that dance, the original words or action are not attended to. The person who risked themselves by speaking up – with or without skill or love – remains alone and without support.

I have heard and seen this dynamic so many times, from multiple angles. It was the first time that I saw it so clearly and from a position that allowed me to name it with all the care that I wasn’t finding a way to bring to my original response to James. This whole exchange gave me some confidence that we, as a group, would be able to notice, name, learn, mourn, and choose our responses together as a group. It would leave us more capable of attending to what would happen in our midst, and, for each of us, as we witnessed such dynamics elsewhere.

It was then that Aya called attention to one more aspect of the situation. Granted that James is male and I am female, and the power differences that are entailed by that difference. This was not the only experience of privilege present in the room. At the same time, I was also the leader of the group, with particular experiences of privilege that come from that. Not the least of these is that any words said by me, by any leader, carry more weight than words spoken by another. When I respond to James unskillfully, the chances of someone supporting him in his discomfort are far smaller than if any other woman in the group spoke using the exact same words. Similarly, James’ ability to respond to me as compared to any other woman in the group would have been different, too.

As we grappled with this added complexity, something else fell into place. I have long known that it is uncomfortable for people to take ownership and responsibility for their privilege. As a sweeping generalization, it seems to me that when we have access to privilege, we welcome its benefits to us while distancing ourselves from the awareness that our privilege means someone else’s lack of it (or it wouldn’t be a “privilege”). This is part of why it’s so much easier for so many people to say that they are “fortunate” than to say they are “privileged.” In addition, we all like to believe that having access to privilege doesn’t change how we are towards other people, especially those without the privilege. All of this is so understandable, painfully and ironically so: it’s because we want to have a sense of moral alignment within ourselves.

The incident with James brought one more piece of clarity to this puzzle. This understanding came from seeing how the challenge of owning our privilege interacts with the reality that, whatever our circumstances, there is almost always some dimension of privilege we have and some we lack. The result is that we will tend to identify with the aspects of ourselves that lack privilege even as we enjoy the fruits of the privilege we do have. In this case: James identified with being a student, not a man. I identified with being a woman, not the leader.

If this insight is correct, it could help make sense of why interactions across lines of privilege are so difficult. The person perceived by others to be privileged in the dance I described above, if they don’t experience themselves as privileged, would be dumbfounded, upset, hurt, and feeling likely helpless in relation to wanting their humanity to be seen at the very same time that someone else is longing for them to take responsibility for their actions and hear and take in their effect. 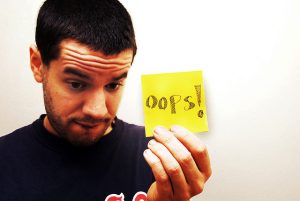 Why the hope? Because it seems to me that understanding how these things operate we can become more powerful in attending to them. Those of us in positions of privilege could always use practice and growing willingness to recognize our privilege, to accept with great tenderness that we are likely to express it without awareness and contribute to effects we would never wish on anyone else, and to learn to open to hear of that effect regardless of our intentions and how much we want them seen.

Meanwhile, those of us calling out ways in which unaware privilege continues to operate can integrate more fully into our approach the reality of how challenging it would be for the other person to hear the effect of their actions without some acknowledgment of their intentions. This is often extremely hard to do, because it’s precisely at a time when we have been affected painfully by that very person’s actions. A clear stretch into nonviolence: learning, ever more fully, to integrate the basic premise of having the courage to speak truth and have it truly be infused with love.

11 thoughts on “Crisscrossing Layers of Privilege”