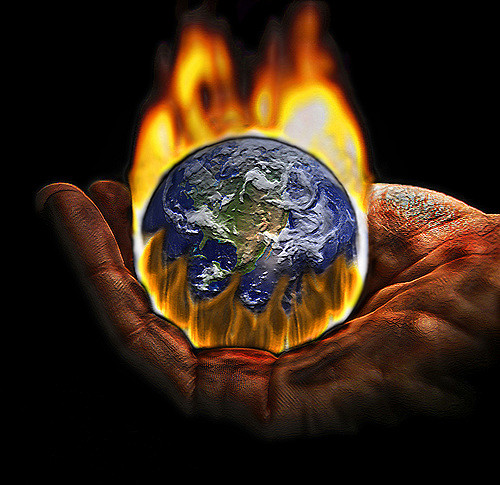 The question is simple: what would I do now, in this period of human history, and especially as we are all adapting to this new presidency, if I had a lot of access to resources while having the same values, sensibilities, and beliefs that I have?

There is, of course, a whole question about how likely this premise is, and how I would orient myself in the world if I were rich. Knowing some wealthy people has taught me it is not at all as simple as the rest of us often think. I focus on these questions in a second half of this piece, next week. For now, I want to assume that this person I am imagining myself to be is real, and that I am fully aligned to make the best use of my resources to respond to the current times and the new and intensified challenges they bring to us.

Fundamentally, I see three areas of gravest concern. First is an intensification of the politics of hatred. Second is the dismantling of support networks for people and the environment, and the increasing danger of getting climate change fully out of control faster than ever imagined. Third is increasing tension and instability in the geopolitical field.

In each of these areas, I would start with my vision of the alternative to what is happening, so I could engage my sphere of influence in an active way rather than pure opposition or protest. For the first area, my vision would be to foster a culture of care, curiosity, and courage to engage across differences. For the second, my vision would be a society in which everyone’s needs matter in full, and we care for each other and the natural world within which we live. For the third, my vision would be of global governance that is attuned to centuries of colonization and power maneuvers, and thus focuses on finding ways for each region of the world to live within the means of their resources, and for resources to flow from where they are available to where they are needed.

I would also apply Joanna Macy’s framework to the challenges I am seeing. Instead of aiming for the one best possible way to respond to global challenges, her approach is made up of three concurrent parts, all of which are necessary to create a true turn of the tide. She advocates a combination of slowing down the worst harm, creating alternatives and pilot projects, and working on consciousness transformation. Perhaps I would choose to focus on consciousness transformation as a long term investment in reversing the politics of hatred. I might think that direct action to protect vulnerable populations and the environment is essential because of the urgency of the situation. Maybe I would be drawn to creating pilot projects of alternative global governance models that could become magnets for new initiatives.

Whatever combination of strategies I would come up with, I would then focus my energy in very practical ways. I would want to consider what I could do directly and personally with my own resources, and get started with that. I would want to think creatively and imaginatively who would be natural allies that I could mobilize in support of my vision, and pursue those connections as creatively as I can. Lastly, I would want to know who would be key opponents, and mobilize myself to learn how to collaborate with them towards paths that work for all of us.

If I truly want to be an agent of change in the direction of a world that works for all of life, I cannot do it alone. I cannot even do it just with the support of others. I can only do it together with others, in community, available to be affected by their needs, perspectives, and wisdom. If not, I would be recreating what we have now.

Most especially, as a person with wealth, with little direct experience of the kind of hardship that is the daily experience of the vast majority of the world’s population, I would want to come together with people very different from me, and listen. I would want to make myself available to learn: about my privilege, about the way that my likely indifference over years to the effects of my own and others’ wealth has affected so many others, about the ways that the existing system has traumatized so many, about the way none of us knew how to create visionary alternatives, and about how this is what led to the political sea-change sweeping the world. I would truly pause to take in that the relative stability of the world was really an illusion on the backs of so many who have been suffering and are no longer able to absorb.

Knowing all this, I would be asking myself what I could do, with my resources, to support the emergence of a true movement that will capture the imagination of many; that will inspire people to come together, not against each other; that will provide energy through love and vision rather than through scapegoating and fear. I would support research into all the amazing and little-known instances of people coming together to solve their problems, so that an emerging movement could build on what’s worked rather than inventing anything from scratch.

Most significantly, I would look to others to lead instead of assuming that my resources, education, or ease of self-expression make me the natural leader. I would contribute all I have without any expectation that any specific benefit would accrue to me.

Which brings me to a deeper layer of humility. I wouldn’t even want to assume that I would be the source of all ideas. I am, after all, the person with privilege, with very limited vision, and with new nascent capacities to engage.

Because of knowing this, the final frontier of my contribution would be a way to make it possible for new initiatives and ideas to arise from anywhere. What form would this take? Hard to know. One that I am aware of now is a small grants program only available to disenfranchised groups, especially youth from non-dominant groups. Casting the widest net possible, I would invite people to submit ideas for social innovations, public benefit projects, or anything else that they believe will contribute directly to our capacity to survive as a species.

Coming Back to Reality

I am not a rich man. I do not have the direct capacity to act in the ways I have just outlined. I don’t imagine that many people reading this have access to significant wealth. So, what’s the point of this fantasy?

The most significant benefit I see from this endeavor is expanding our collective horizon. This includes opening our hearts to the people who do have wealth, to be able to see their humanity and to imagine their experience, even if imperfectly. It also includes envisioning possibilities we may have not thought of before imagining them. There is also the little hope that maybe someone who does have access to significant wealth might find this inspiring and take action that will ripple further because of this piece. 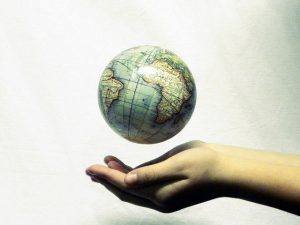 In the end, though, what I most want for all of us is to develop our own imagination. Maybe you, too, could run through this fantasy and write a comment about what you would do if you were a rich man? Beyond that, I am hoping we all get more empowered to imagine what we can do from exactly where we are. No matter where we are, no one can stop us from having the largest, most generous, radical, and inspiring vision for ourselves. No one can stop us from choosing to take risks to live in line with the vision. No one can stop us from trying to inspire other people to join us in moving towards that vision. If we do this, I know our lives would be better. And there is always the hope that one of us, in taking such action, will be the seed of transformation.

One thought on “If I Were a Rich Man”