There is something about people dying that I cannot fully make sense of. When it’s a group of people, and even more so when it’s at the hands of other people, I have nothing inside me that feels prepared to know how to make sense of it, what to say to myself, to others. Silence then becomes appealing. Yet silence allows hatred to continue.

What does love look like in the wake of violence I cannot grasp? What does love mean when one of two contenders for the most powerful political position in the world is responding with targeting entire groups of Muslims?

It is love, for me, to explicitly say that the killing in Orlando wasn’t actually the largest mass shooting in US history, no matter how often this message is repeated. Why? Because it’s an invitation to remember people who, at the time of their mass killing by the hundreds, were considered other, and to have their lives count, at least now: the 400 Tolowa Indians in Yontoket in 1853 and the 300 Black people in Tulsa in 1921, as just two examples. 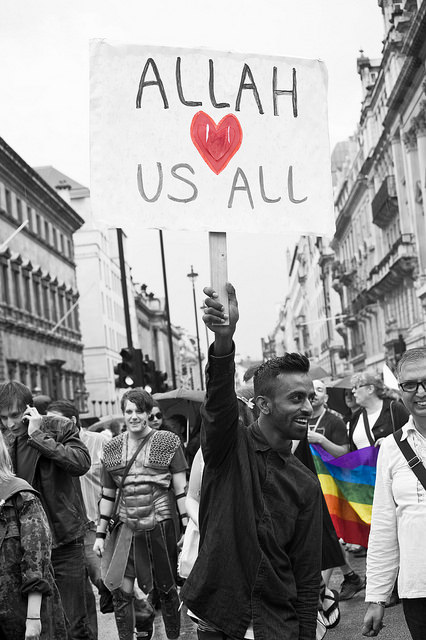 It is love, for me, to note to myself that this recent carnage brought together in a terrible tragedy three groups of people all of whom are made other, all of whom are targets of violence, violence which often goes unnoticed: LGBT, people of color, and Muslims. My heart sinks at the horror of imagining that a subtle hierarchy of whose life counts is woven through the fabric of US culture. Today, Islamophobia is on the rise. In Trump’s world, for example, the fact that these were mostly Latinos, another group he has maligned, shrinks in comparison with the killer being a Muslim. No, I won’t go for that. I want to go for love, for knowing and proclaiming that all violence counts. I want to join Alan Pelaez Lopez in remembering “that xenophobia teaches us to only celebrate and empathize with white immigrants,” and to claim that all humans are precious. As Michael Lerner said: “We are one global ‘we,’ and we must never let any part of us become the target that is somehow made a ‘legitimate’ target.”

It is love, for me, to remember that Omar Mateen’s parents lost their son twice over, in his death and in discovering he was not the son they had wanted him to be and thought him to be. I want to remember that, like so many other killers, he is a product of a society, in Sharif Abdullah’s words, whose “entire economy is based on the presentation and glorification of violence – from blockbuster Hollywood movies and video games to multi-million dollar arms sales to virtually every other country in the world. Why do we think that the orgy of greed and violence will not touch us? That our mutual funds can benefit from violence, but that violence will not touch our lives?”

It is love, for me, to applaud Obama for withstanding the taunting coming from Trump, and persisting in saying: “We are not at war with Islam. We are at war with people who have perverted Islam.” It is also love, for me, to go further and to call into question that idea of being “at war;” to recognize war as part of the problem, not part of the solution. For me, this is not about protecting Americans, as Obama has framed the issue. For me, it is about coming to recognize the deep roots of violence that are now sprouting out-of-control fruits. To quote Michael Lerner, again: “True solidarity should lead us to the imperative to develop strategies to heal the distortions and pains that lead people into communities of hate.” 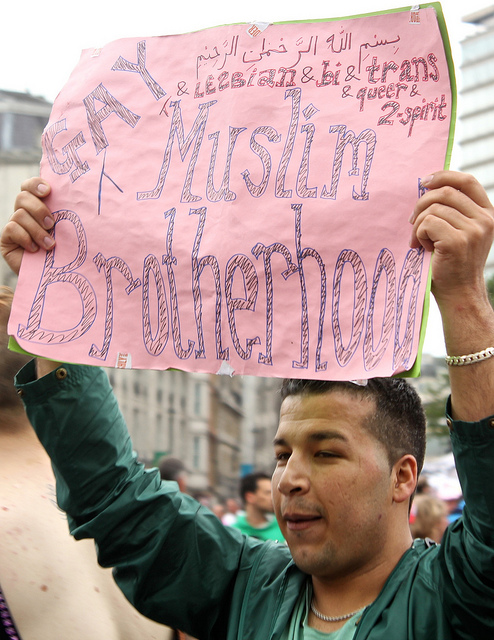 It is love, for me, in particular, to recognize and honor the Muslim Alliance for Sexual and Gender Diversity, for issuing a public statement in which they said: “This tragedy cannot be neatly categorized as a fight between the LGBTQ community and the Muslim community. As LGBTQ Muslims, we know that there are many of us who are living at the intersections of LGBTQ identities and Islam. At moments like this, we are doubly affected. … We reject attempts to perpetuate hatred against our LGBTQ communities as well as our Muslim communities. … We ask all Americans to resist the forces of division and hatred, and to stand against homophobia as well as against Islamophobia and anti-Muslim bigotry.”

So many shattered lives, so many more to come if this is used as an excuse for more war, more hatred, more separation. Love is now calling me back to silence.