The terms power-over and power-with were coined in 1924 by a woman who has mostly been forgotten – Mary Parker Follett, while writing and lecturing about management theory and practice. Her approach, which centered on human relations and collaboration between management and workers, stood in stark contrast to the mainstream management practices of her day, which were rooted in what was then called scientific management, pioneered by Frederick Taylor.

I don’t know, nor do I imagine it easy to trace, how these terms migrated far away from management theory into the realm of social justice movements. Along the way, they have acquired iconic status. Power-over has become a symbol of domination, is equated with hierarchy, and tends to be seen as “bad.” Power-with is promoted as the be-all and end-all of “good” practices, and is often equated with an absence of leadership. This has been a huge issue in the Occupy movement: its “leaderlessness” has been the source of both admiration and condemnation by its participants and those who wish it well but don’t join in.

I am embarking on writing this piece and sharing my thoughts about this topic with a fair amount of trepidation, the kind that comes from fear of upsetting people. Here is my dilemma: I am profoundly committed to using power with other people and not over other people. In fact, I am temperamentally averse to imposing anything on anyone. Nonetheless, over years working with groups, both within organizations and in community settings, I have come to believe that a certain rigidity surrounds these terms and results in loss of effectiveness for groups and causes I dearly want to see thrive.

I’ve been collecting what I am referring to here as “myths” of power-with for some time. Learning to identify and counter some of these has been a personal journey of significant magnitude. I’ve had to stretch within myself, to transcend my aversion to exercising unilateral decision-making, in order to arrive at a much humbler and more nuanced understanding of how use of power can support the elusive project of attending, as best we can, to everyone’s needs in any given situation. This humility includes, in part, an acceptance of our human limitations. It’s been painful, sad, and sobering. At times, it’s also been inspiring and uplifting to recognize and think of ways of going beyond blocks to compassionate effectiveness.

My fear about writing all of this is none other than being seen as betraying the ideal and vision of holding everyone’s needs dear, of losing my heart, of giving up on the dream and becoming “one of them”, whoever “them” might be. I am well aware that this fear means that I haven’t fully completed the inner process of self-acceptance about my thinking and practice. I have waited for many months, and I want to wait no longer before offering these insights in the hope that they may contribute to others’ efforts at navigating the old and the new and finding a path that truly honors our humanity as we move, haltingly, and learn about creating a livable future.

I have identified, so far, six different misconceptions. It will take more than one post to cover them all. Today I am focusing on one particularly challenging one.

Myth #1: Everyone Can Be Included

I’ve been thinking about inclusion ever since a wise friend pointed out to me some fifteen years ago that total inclusion is impossible, because the explicit inclusion of all so often leads to the implicit exclusion of those who cannot bear the behaviors of some. During the months that the Occupy movement was operating in the streets, for example, many insisted on having all the meetings be open. I had so much admiration for the endless willingness of some people to weather the intensity, the wildness, the difficulty in maintaining any sense of continuity, the fighting, and the lack of movement, in order to maintain that principle of openness. Others, on the other hand, left the movement in part because they couldn’t tolerate these experiences and lost hope that the movement would move anything anywhere.

The question, as I see it, is not about whether we can create a space where everyone is included. I am quite confident that we cannot; at least not under present conditions in the world in which so many have been so starved for being heard, for their basic human dignity to be recognized, for their presence to matter, that they either cannot participate in a collaborative manner, or cannot tolerate others’ difficulties in collaborating.

So what do we do? 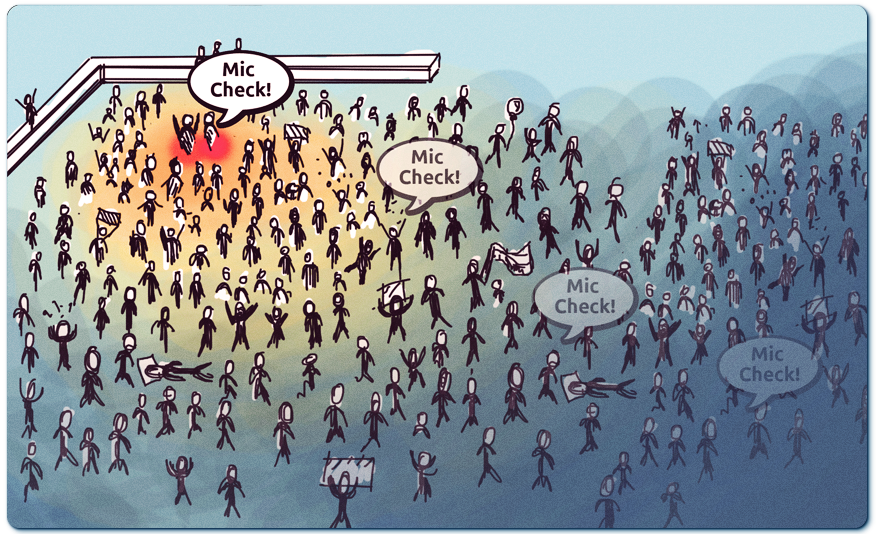 I’ve been pondering these questions for years, and have yet to reach anything that feels robust enough to serve as foolproof guidelines. Still, I’ve seen too many groups flounder and disintegrate because of too much inclusion, and the heartache I have about this is large enough that I am willing to offer my unfinished thoughts because they may spark more conversation and more clarity for many.

The direction I’ve been pursuing in exploring this rests on learning to accept our limitations. As organizers, leaders, and members of groups, we can come to terms with our limited resources. To come back to the example of Occupy, there simply wasn’t enough capacity within the encampments to handle the overwhelming needs of people who had been living on the streets, who had been having addictive relationships with substances, who had a different relationship with reality than most, or who suffered from severe trauma. As much as it may seem like abandoning the dream to decide to keep some people out, it seems to me that it’s more honest to recognize that sometimes we simply don’t have enough love and attention to provide to those in serious need. The art form, what makes this tragic awareness humanly bearable to me, is to maintain the true humble understanding that it’s our own limitations that make it necessary to exclude someone, not any fault of that person.

I want to believe that some day we will catapult ourselves into a way of living in which there simply aren’t individuals with so much trauma and anguish that they challenge all around them. I want to believe that we can find ways to surround people with enough love that we can move forward with everyone intact. For now, I don’t see it quite happening. My heart aches, and I am willing to accept this tragedy in order to support groups in continuing to exist as groups.

Individual difficulties are not the only challenge facing groups. Another core issue is the question of shared values and shared strategy. This, too, came up in powerful ways within the Occupy movement. At least in Oakland, and I believe in some other cities as well, the struggles around whether or not to adopt nonviolence as a key principle became overwhelming for many. Once again, I suspect that quite a number of people stopped participating because they couldn’t bear the repeating discussions that didn’t ever result in a resolution everyone could support. Might it not have worked better to amicably depart? Then, perhaps, those who were dedicated to nonviolent protest, non-cooperation and the creation of alternative power structures could pursue their strategy for gaining popular support for their cause. This is a case where what appears on the surface as exclusion might have given the movement a real chance to grow in popularity and draw in many more people who were turned off by the presence of those who wanted to include confrontational, even violent strategies, within the range of options they would consider. 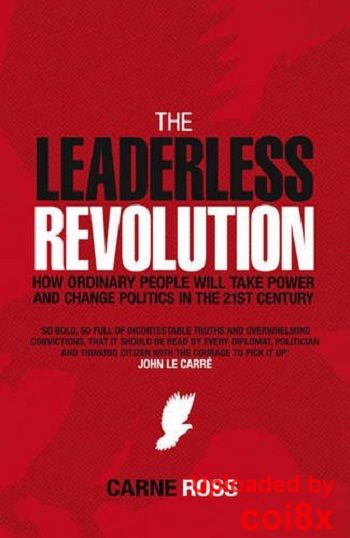 The question of how a coherent strategy might be formed in a large leaderless movement remains open and unresolved. At some future point in this mini-series or elsewhere, I want to return to this topic, because I tend to believe that the anti-authoritarianism that exists in many progressive movements can get so extreme as to prevent forward movement. I am still digesting and pondering the reality that the large nonviolent movements of the 20th century, both Gandhi’s and Martin Luther King’s, were based on strict adherence to rules and precepts that were set by a very strong leadership. Nothing like what we see now. I am by far not advocating that model. I am just humble enough to recognize that something is sorely missing in the total rejection of leadership.

Back to the question of inclusion, I know that based on my own and Occupy’s experience, I have shifted. In practical terms, in the groups I help start myself,  I am now willing to set conditions for membership instead of keeping everything open, and to accept that sometimes a group will need to ask someone to leave rather than lose itself as a group. How to do all of this with love and care remains an open question for me.

4 thoughts on “Myths of Power-With: # 1 – Everyone Can Be Included”