This is part 2 of a post I started a couple of weeks ago. At that time I was offering my understanding to the people who are celebrating Osama Bin-Laden’s death, as well as to those who judge the celebration.

Today I want to explore in a similar manner other positions that people have within the range of responses to his killing that I am aware of. However, before doing that I want to respond to some comments on the previous post.

First, to an anonymous person who said this:

“I think you missed a vital point while trying to walk in someone else’s shoes, and that is that some people seemed to be celebrating because they believe in vengeance. … They are celebrating because it’s a video game, because they believe in an eye for an eye, because he’s the bad guy and we’re the good guys, and because they don’t see him as a real human being. … it’s much more of a challenge to empathise with someone who believes in the justness of the killing (murder, actually), and think they would be happy to do it themselves, given half a chance.”

I am appreciating the invitation to stretch even further into the experiential gap with those who are different from us. Initially it seems next to impossible. How can I truly enter the experience of believing in vengeance, of wishing I could be the one to kill, or seeing him as not really human? I feel in me the recoiling, the visceral level distance. And so I walk slowly towards it, as far as I can, to make emotional sense of it. I know enough to know that connection is not made at the level of beliefs. If I only put my attention on someone’s beliefs I am unlikely to get anywhere. And so I shift my focus, I try to ask: What is at the heart of the belief that someone is bad, that someone could be less than human? What is at the heart of the belief that it’s OK to get rid of some people because they are bad? I want to remain curious about the answer, open to discovering it, letting it emerge from practice.

Why is it that some of us want vengeance, that some of us think of killing someone as justice, so much so that we can even derive pleasure from doing it? Thinking of someone as less than human is familiar to me. I have done it plenty of times over the course of my life, and can still feel the pull to go there with regards, ironically, to those who might be making someone else less than human. Irony, and no surprise. Beholding such a gap and remaining open-hearted is such intense pain and confusion. I can see wanting to close the heart.

This is not the end. There is more. There is the delight in someone’s death, the belief that it’s the right thing, the just thing, the only way to go. What is the fundamental human need that’s leading someone to believe in “an eye for an eye?” If I truly embrace the core assumption at the very heart of Nonviolent Communication – that every human action is an attempt to meet a need – then I must find a need that could give rise to this belief. I am struggling to connect the dots in full, because I have no emotional reference point. I still find immense value in the effort to understand, even if I never get there in full. It is a human phenomenon, it’s happened since time immemorial, and I want to understand it. My faith tells me it’s a human experience emerging from needs that are no different from my own. I can name them, and have no emotional vibrancy to them. That’s how far I can go. Perhaps I need to role play this person in order to make contact. For now, I imagine that this kind of belief creates an enormous relief with regards to order in the universe. A sense of belonging in a human family now purified. I do, still, believe that deeper down is fear, and the desire to protect what is dear, and that the delight is in the success itself. And the journey is incomplete. I hope to keep learning this one for as long as I live. 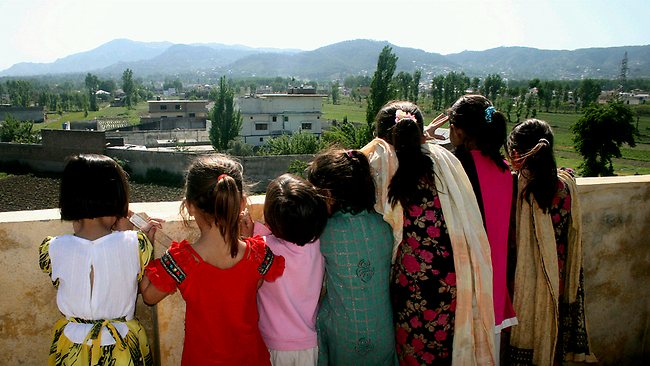 I am imagining myself living in Pakistan, being a Moslem, and having the experience of violation of my national sovereignty and social dignity as the army of a foreign and ill-liked country proceeds to do whatever they wish on my soil. I imagine feeling infuriated and helpless, humiliated.

I am curious why I find so much more ease in relating to this experience, even though it’s also not one I have experienced myself? I guess it’s because I do have an emotional reference point. It’s quite completely different, and yet I sense the affinity. I’ve had the experience of non-consensual sex, with someone I knew, to boot, and more than once. That experience provides a window through which the helplessness and anguish are clear as day. I can sense the depth of the wish to be able to protect what is dear, to maintain the integrity and dignity of identity, of body, of borders, to have a say in what happens to me, to us, on our land. It blends easily with my experience. Even though I have never felt the fury and rage that often come in such moments, I can completely see it. It’s not difficult for me to imagine how much of a fertile ground this experience is for future generations of people set on destroying the people who caused such harm.

And now, through this, I can loop back to the celebrators, united across their opposing positions. I imagine this was my missing link: that the vengeance, the eye for an eye, the celebration of the killing in different moments in different groups, points to the assault on the soul that is at the heart of loss of dignity. I can now imagine that the people who wanted Osama dead, who wanted to kill him themselves if they could, experienced previous actions by Osama as an assault on their dignity and humanity, and that the vengeance is a response to that level of humiliation and helplessness, more so than to safety. I still don’t have a way of knowing. It just feels a little more true, a little more humanly rich, and closer to them as fellow humans.

I don’t feel done quite yet, so I may very well come back to this topic one more time. Still open to new perspectives and players to understand, please send my way.