No matter what we do and where we are, life always presents us with an unending succession of things to work out with other people. Those range from inconsequentials like going to a Thai or Chinese restaurant with a friend all the way to major differences in values, worldview, or life choices. Whether or not such differences turn into conflicts depends largely on how we face them. We create conflict when we polarize and separate from the other person, because we don’t know how to hold what’s important to us alongside what’s important to the person with whom we have the differences. I derive a great deal of hope and sustenance from the growing evidence I have, through my own life and the many people I have worked with, that conflict is not the only option. Even in very tough circumstances we can find ways of holding together with others the dilemma of not seeing a way forward that works for everyone. At the very least genuine togetherness creates dramatic shifts in the experience of the difference. We may experience collective mourning at not finding a way rather than fighting with each other to get our way. Or we may sometimes experience nothing short of magic. An unexpected solution may emerge. Or one of the parties relaxes from knowing their needs are included, and lets go without acrimony. Or the mere fact of removing the tension dissolves the issue.

I’d like to illustrate with three examples. Two are personal relationships, and one a workplace relationship. One is a relationship of equals, and two have power differences on top of the issues. The names and some of the circumstances are changed to protect anonymity. 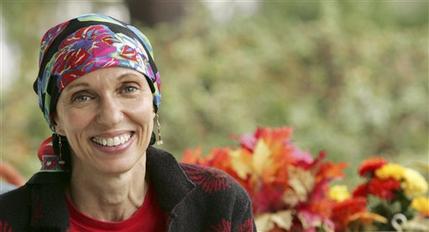 At a workshop for people with cancer and those who care for them I had the opportunity to work with a couple on a painful conflict. Jane was facing pancreatic cancer and Susan, her partner, was caring for her. Their issue was quite significant. Jane, a former physician, was holding out complete hope for her recovery despite the common assumption that pancreatic cancer is fatal. Susan was completely distraught, because she couldn’t get Jane to talk with her about what would happen when she died. This had been going on for quite some time, and was clearly sapping the relationship of its trust and goodwill, despite the evident love and care between these two women. Each of them was desperately trying to get the other to see her point of view and agree with her. Jane kept saying that Susan was not supporting her and was a nay-sayer, and Susan was in tears when she talked about Jane being in denial and how alone she felt in holding this responsibility. The breakthrough happened within minutes after they settled into understanding each other’s plight and really seeing the pain the other was in as well as what was of core importance to each of them. That shift was palpable in the room, and others commented on it. When the conflict energy drained, it was one word that brought them completely together: shifting from when to if in talking about Jane’s death. Both of them relaxed into accepting that it was impossible to know what would happen. As such, Jane could easily join Susan in planning, and Susan could easily recognize that she really couldn’t predict, no matter anything about statistics, whether or not Jane would die from this disease. The conflict disappeared.

Roger, a manager in a small business I support, was at the end of his tether when he called to talk about an employee named Arlie. Arlie had a position that interfaced with many people in the organization as well as customers. He already knew that people working with her were dissatisfied, and had already brought it to her attention with an agreement to implement some significant changes. Prior to calling me, however, he heard some new information from a couple of key players in the organization that left him convinced he wanted her out of the organization. Given his commitment to collaboration, he wanted my suggestions about how to proceed. This was not a trivial task for me, and I thought long and hard about how to advise him. What would it mean to hold this dilemma together with Arlie? Here, in addition to the difference in their desired outcome, and likely in their perception, there was also a power difference. How could Roger invite Arlie into a collaborative conversation when the goal was essentially predetermined? The simply answer would be to reduce, ever so slightly, the absoluteness of known outcome, and to leave even a microscopic crack for another possibility to emerge. Roger and I talked at length about how he would approach Arlie. Later I found out how things unfolded. He told Arlie exactly the truth: that new information had come to his attention that was distressing enough that his vast preference was for Arlie to leave the organization, and yet he wanted to talk with her about it and remained open to the possibility that they would arrive at a different outcome. That was the slight opening. While in previous conversations Arlie was quick to defend herself and her choices, this time she sensed the openness and they had a satisfying conversation about the details of the feedback. Because of knowing the opening existed, she didn’t feel defensive. Instead, she expressed gratitude for how he talked with her and asked for some time to reflect before continuing the conversation. While the conversation was unresolved, they maintained connection and mutuality, despite how charged the issue was, and despite their power difference.

The next day Arlie approached Roger and told him that she had given it some thought overnight, and could really see how much the organization would benefit from having someone else occupy her position who had certain skills and experiences that she knew she didn’t have. Together they picked the optimal date for her to leave that would give them enough time to find and train a replacement and crafted the statement to the staff. Roger was delighted to tell me how much care and respect he sensed between them at the end of the process.

Stay tuned for part 2 of this post, about how a father learned to invite his teenage daughter into partnership about being late for school because of staying up.