It is nonviolence only when we love those that hate us. – Gandhi

Today is Martin Luther King’s birthday. I am happy to honor him today and every day by continuing to dedicate myself to a deep exploration of nonviolence.

I have written before about the idea of expanding what I called the Circle of Care, the collection of people in our lives that we care about. I suggested expanding it in two directions. One is to include ourselves as a way to overcome deeply ingrained habits that lead people to give up on their needs in relationships. Instead of caring only about the other person’s needs, expanding the circle of care leads to putting my own needs front and center while also caring for the other person. The other direction of expanding the circle of care is about including more and more people and groups within it. 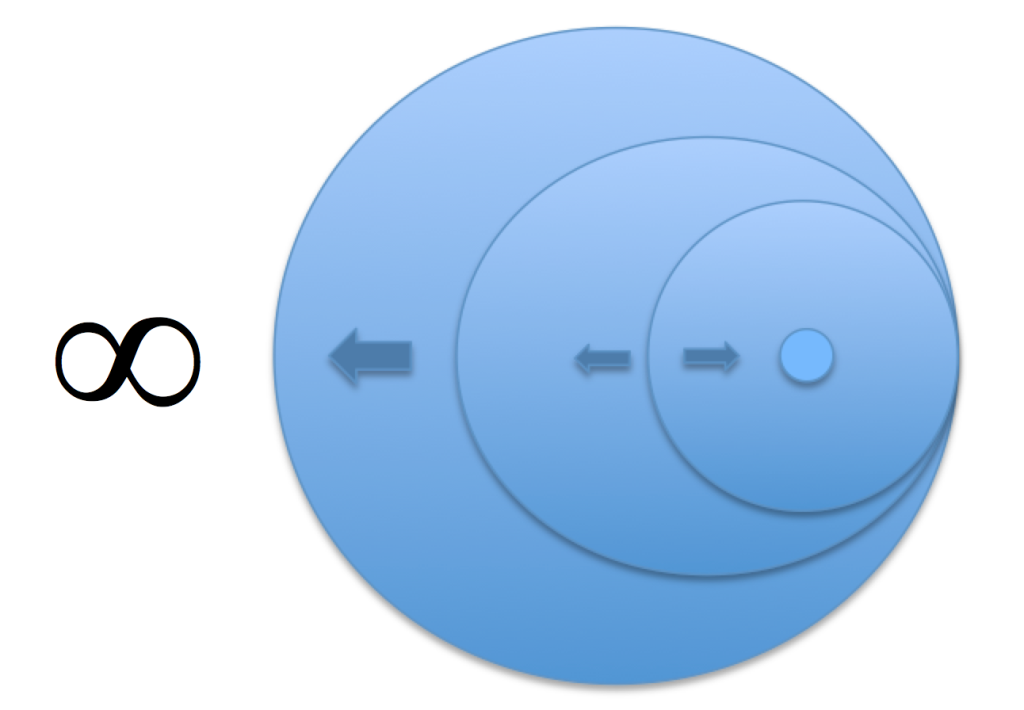 More recently, I was struck by the connection I saw between this notion and my continued investigations into the implications of nonviolence. It now appears to me that one way of understanding nonviolence is as having an infinite circle of care: there isn’t any person or group that is beyond the pale.

This is a discipline, not a one-time decision. Our automatic, habitual reactions may persist, and our commitment to nonviolence continually invites us to pause and open our hearts again. And again. And again. As often as necessary until the habit shifts. It doesn’t mean we will always, or even ever, succeed in including everyone, truly everyone. It only means that when we don’t succeed, we know it’s our own heart or habit limitation. Mourning my inability to live up to my values at all times is, in itself, a big part of what my own commitment to nonviolence consists of.

Although growing into this commitment may be a slow and gradual process, the commitment itself is not a spectrum. This commitment is complete. As soon as we declare any one person or group not deserving of care, we instantly leave the world of nonviolence. It’s all in the difference between believing that anyone is beyond the pale and believing everyone is included and knowing that we cannot necessarily live into it.

Every time I encounter Gandhi’s line about loving those that hate us I am freshly shocked to recognize the wisdom of going directly for the extreme, as that clarifies the magnitude of the task. It is a task I lovingly accept as my own for the rest of my journey.

The Circle of Trust

Even if the opponent plays him [/her] false twenty times, the Satyagrahi [person deeply committed to nonviolence] is ready to trust him [/her] the twenty-first time, for an implicit trust in human nature is the very essence of his [/her] creed. – Gandhi

I started thinking about the circle of trust only recently. Again, a quote from Gandhi sparked the deep engagement I’ve had. A lot of my learning and creating happens when I take a word, a sentence, a paragraph, and apply my all to grasping it. I had seen this quote from Gandhi many times before I finally began to fully imagine what it means.

Rather, the kind of trust that I read into Gandhi’s quote is faith in the mystery of being human. It’s the overarching conviction that, no matter what happened until now, human beings remain redeemable; that the possibility remains that we can reach someone’s heart even if we haven’t, even if we don’t now know how. It’s the fundamental recognition that, regardless of what this other person has done, they have the same needs that we have and are made of the same fabric.

Without this kind of trust, nonviolence would crumble as a strategic approach to creating change. Because nonviolence rests on the faith, and ultimately knowledge, that nonviolent means have the most chance of creating change through reaching human hearts. If we don’t have any of that faith, we would simply be too tempted to strike.